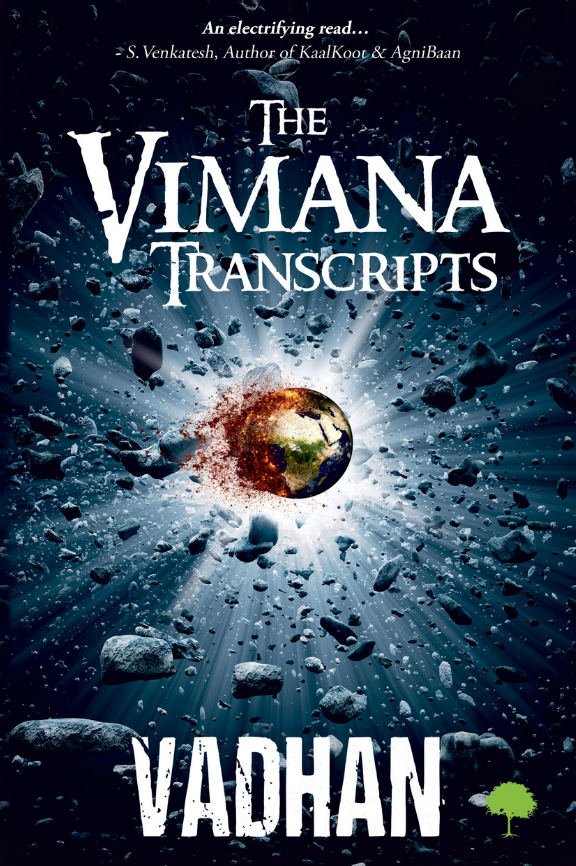 Circa 2023. No human has ventured beyond the solar system. The Voyager 1, an unmanned probe in deep space, transmits data – in the form of two ‘verses’… to every country on Earth. The transcripts promise the end of the past and the future, unless an ancient Tatva stowed inside a Vimana is revealed.

The planet is on high alert. Global leaders scramble to figure out who has relayed the transcripts, and how real the threat is.

Vikram Rathod, treasure hunter extraordinaire, threatened with death, must find the Vimana to save his life, and of those he loves. The secret may lay buried in an ancient Indian temple. But which one?

The Indian government turns to Avitav Deshmukh, an aging but brilliant languages and religions professor, to discover the Tatva.

An approaching astral event can break the planet in two. A thirty-six-hour window is all mankind has to find the answer. The Question: How can a Tatva, a ‘principle’, save the planet?

End of the world.

The clock is ticking…

3 reviews for The Vimana Transcripts